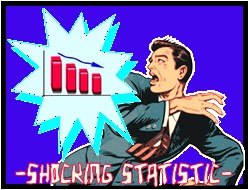 A recent Barna Poll revealed a shocking statistic. In a survey of American pastors, Dr. George Barna found that 62% of them do not have a biblical worldview. Instead, they have what Dr. Barna calls "a hybrid worldview known as Syncretism."

Syncretism, in regard to religion and philosophy, is also known as religious pluralism. It is essentially the attempt to combine different, opposing, or even contradictory principles, practices, thoughts, and beliefs into new religious or philosophical systems in order to gain greater harmony, peace, insight, and understanding. Unfortunately, combining disparate religious and philosophical systems generally comes at the expense of fundamental truths and beliefs, ultimately degrading the original systems.

Given this shocking statistic, it is not surprising that America's Christians lack a biblical worldview as well. In fact, another recent Barna Poll finds that 94% of young parents hold to a syncretic form of religious pluralism, rejecting the exclusive idea that there is only one true religion and accepting the idea that there are multiple paths to God. Instead, they patch together a mix of often inconsistent and mutually exclusive beliefs with little regard for Biblical truth or logical thought in favor of how inclusive or woke it makes them feel. This, sadly, reflects Dr. Barna's American Worldview Inventory 2021, an "annual survey of the philosophy of life held by American adults, conducted by the Cultural Research Center at Arizona Christian University" that found:

"The dominant worldview of all four adult generations in the United States is Syncretism-the mash-up of various worldviews that provides each individual with a customized understanding of, and response to life. In total, 88% of Americans have Syncretism, rather than a substantively coherent and recognizable worldview such as postmodernism or secular humanism, as their dominant worldview. A large majority of each generation relies on a syncretistic worldview when making their life choices. Overall, 89% of Millennials, 86% of Gen Xers, 83% of Boomers, and 86% of Builders have a syncretistic worldview."

In other words, the average American Christian has become like the Red Queen in Lewis Carroll's classic novel, Through the Looking Glass, who said to Alice, "Why, sometimes I've believed as many as six impossible things before breakfast." Indeed, Bible truths, Bible doctrines, reason, and "Thus saith the Lord" has given way to passing whims, fleeting fancies, feelings, and "Thus saith the world."

"For the time will come when they will not endure sound doctrine; but after their own lusts shall they heap to themselves teachers, having itching ears; And they shall turn away their ears from the truth, and shall be turned unto fables."

The drop of membership in churches, synagogues and mosques in America unsurprisingly corresponds to a rise in the number of Americans who claim no religious preference. Over the last twenty years, for instance, Gallup indicates we have seen the percentage of Americans with no religious preference increase from 8% in 1998-2000 to 13% in 2008-2010 and 21% in 2018-2020.

Sadly, these shocking statistics are also reflected in the coarsening of society and the culture around us. From the decrease of civility and responsibility to the increase of barbarity and hedonism we see the devaluation of human life, the deification of self, the selfish pursuit of personal pleasure, and the callous disregard of others. We have reached the days that Jesus Christ warned of in Matthew 24:12 when He said, "And because iniquity shall abound, the love of many shall wax cold."

The Apostle Paul wrote in Galatians 6:7-8:

One area where we can see this working out is in the increase of gun violence and school shootings in America. The FBI's own statistics show that active shooter incidents increased by 33% from 2019-2020 and 52.5% from 2020-2021. But, as Elle Reynolds points out in her recent article, published 25 May 2022 at TheFederalist.com, Guns Aren't Radically Deadlier Than They Were 50 Years Ago, But Our Sick Culture Is:

"…The firearms that civilians have access to today are not significantly deadlier than the ones manufactured for civilian use over half a century ago. Furthermore, the number of Americans who possess a gun in their homes has overall been lower in the last 30 years than it was from the 1960s to the 1990s. … But until the late 1980s, the concept of a mass shooter walking into a school and arbitrarily targeting people was incredibly rare. … So if the guns in Americans' hands and homes haven't radically changed in the last few years, what has? … Americans are losing interest in the purpose and community that faith and church offer, losing respect for the sanctity of human life, and losing sight of the notion that a higher moral good exists than immediate self-gratification…"

Decision Magazine published an article online on 5 May 2022, entitled You Cannot Maintain Biblical Morality If You Have Subverted Biblical Authority. In that article they observed:

"Once you accept a 'progressive' understanding of Christian doctrine, you will eventually have a progressive understanding of Christian morality. It was beyond foolish for the early theological liberals to believe they could undercut Christian doctrine, deny the inspiration and authority of the Bible, and still maintain Christian morality. … The central point is that you cannot maintain Biblical morality if you have subverted Biblical authority. … And, once you untether yourself or your church from the Word of God, you had better expect the next next wave of 'progressive' energy to wash you and your church far out to sea."

Our nation, our people, and our churches have rejected of God and His Word. Today, we are reaping the bitter fruits of that rejection. But, can anything be done about this? Can we reverse these shocking statistics?

"But continue thou in the things which thou hast learned and hast been assured of, knowing of whom thou hast learned them; And that from a child thou hast known the holy scriptures, which are able to make thee wise unto salvation through faith which is in Christ Jesus. All scripture is given by inspiration of God, and is profitable for doctrine, for reproof, for correction, for instruction in righteousness: That the man of God may be perfect, throughly furnished unto all good works."

And then the pastors of America need to heed Paul's charge to Timothy in 2 Timothy 4:1-2,5:

"I charge thee therefore before God, and the Lord Jesus Christ, who shall judge the quick and the dead at his appearing and his kingdom; Preach the word; be instant in season, out of season; reprove, rebuke, exhort with all longsuffering and doctrine. … But watch thou in all things, endure afflictions, do the work of an evangelist, make full proof of thy ministry."

It will not be easy. But given the stakes, shouldn't we try?