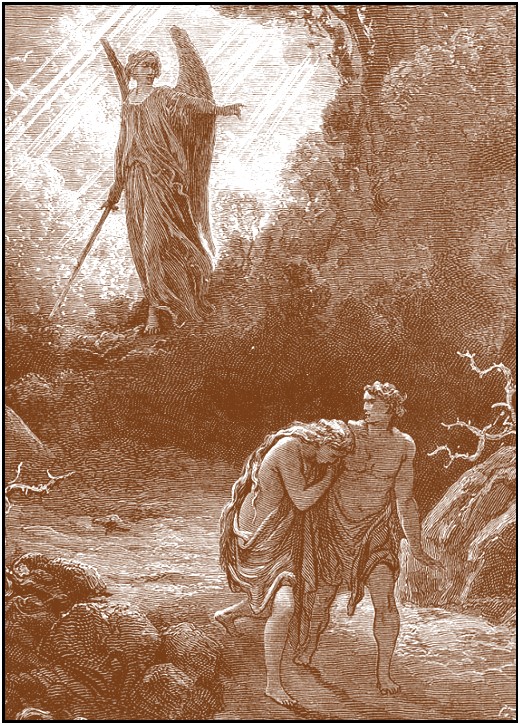 We know from the first three chapters of Genesis that Adam and Eve were the first two human beings that God created. God created them on the sixth day, male and female; Adam first, then Eve.

And God said, Let us make man in our image, after our likeness: and let them have dominion over the fish of the sea, and over the fowl of the air, and over the cattle, and over all the earth, and over every creeping thing that creepeth upon the earth. So God created man in his own image, in the image of God created he him; male and female created he them. (Genesis 1:26-27)

They were the pinnacle of God's creation.

Adam, according to the Bible, is the first man and the father of us all. Every human being that has ever lived is a descendent of Adam. Consequently, if this is true, shouldn't science be able to confirm it?

Well, it does! In fact, secular scientists studying genetics came to an interesting conclusion. Human beings have 23 pairs of chromosomes. One pair of chromosomes determines whether you are male or female. If you have the XX pair, you are female. If you have the XY pair, you are male. Consequently, the Y chromosome is only passed from the father to the son via the sperm cell as only males carry it. So, genetic scientists spent some time collecting DNA from men all around the world, of different backgrounds and races. They then isolated the Y chromosome DNA and analyzed it.

The result? Geneticists have determined that every male human being is the descendent of one original male. This original male they named "Y-chromosome Adam," the father of us all.

But what about Eve? The Bible identifies her as the first woman and the mother of us all (Genesis 3:20).

Geneticists have also come to some interesting conclusions regarding Eve. Like the Y chromosome in males, females also carry unique DNA that only comes from the mother. While most people assume that the DNA in the nucleus of our cells is all the genetic material we carry, we also have a small circular chromosome, called mitochondrial DNA (mtDNA), that occurs within the mitochondria in our cells. The mitochondria are small, energy producing organelles in the cells that are passed from the mother to her offspring via the egg cell.

By studying mitochondrial mtDNA from people all over the world, geneticists have discovered that every human being is descended from one original female. They have named this original female "Mitochondrial Eve," the mother of us all.

Interestingly, this supports Genesis 3:20, which says:

And Adam called his wife's name Eve; because she was the mother of all living.

Even more interesting is that geneticists have further determined that each person in the world has mtDNA that is is one of three lines: M, N, or R. Since all three lines are found to be derived from the original mtDNA possessed by Mitochondrial Eve, that means that the whole of the human population, at some point in the past, was reduced to a small population of three reproducing females, descended from Mitochondrial Eve, who became the mothers of everyone born since that time.

Hmmm, where have we heard this before?

In the six hundredth year of Noah's life, in the second month, the seventeenth day of the month, the same day were all the fountains of the great deep broken up, and the windows of heaven were opened. And the rain was upon the earth forty days and forty nights. In the selfsame day entered Noah, and Shem, and Ham, and Japheth, the sons of Noah, and Noah's wife, and the three wives of his sons with them, into the ark; They, and every beast after his kind, and all the cattle after their kind, and every creeping thing that creepeth upon the earth after his kind, and every fowl after his kind, every bird of every sort.

Later, after the flood waters receded and the ark rested on dry ground once more, the Bible tells us, in Genesis 9:18-19, that the three sons of Noah and their wives, not Noah and his wife, repopulated the world:

And the sons of Noah, that went forth of the ark, were Shem, and Ham, and Japheth: and Ham is the father of Canaan. These are the three sons of Noah: and of them was the whole earth overspread.

Of course, the secular geneticists would rather you did not pay attention to these Biblical accounts. Purely coincidence, they say. After all, the Bible is just an old book of myth and legend. Besides, according to the secular geneticists, Y-chromosome Adam and Mitochondrial Eve lived some 120,000-200,000 years ago. Much too long ago to correspond to the mythical Adam and Eve of the Bible who lived only several thousand years ago. And as for the three women responsible for the M, N, and R mtDNA lines getting off Noah's ark? They are merely the dim, ancestral memories of an ancient cataclysm (but not a world-wide flood!) that nearly wiped out the human race.

Fortunately, there are some geneticists who believe the Bible and accept both the Genesis account of the creation of Adam and Eve being some 6000 or so years ago and the cataclysmic flood of Noah's day occurring about 4500 years ago. By investigating of the rate of mutations in Y chromosomes and mtDNA, they have discovered that the actual mutation rates and accumulations of mutations are considerably different than what the secular scientists initially assumed and actually much closer to what the Bible suggests.

For instance, recent studies of paternal ancestry indicates that the per-generation mutation rate of Y chromosome DNA is about 10-17 times faster than the previously published rate. Consequently, if humans have been around for hundreds of millions of years, we should find much higher amounts of mutations than we currently observe in Y-chromosome DNA. Instead, according to molecular biologist Dr. Nathaniel T. Jeanson and statistician Ashley D. Holland, in a 2019 paper published in Answers Research Journal, which is published by Answers In Genesis, we only observe about 6000 years of mutation accumulations in the Y chromosome as opposed to hundreds of millions of years' worth ("Evidence for a Human Y Chromosome Molecular Clock: Pedigree-Based Mutation Rates Suggest a 4,500-Year History for Human Paternal Inheritance," https://answersingenesis.org/theory-of-evolution/molecular-clock/evidence-human-y-chromosome-molecular-clock/).

Studies of mtDNA have yielded similar results. In fact, Dr. Jeanson, in a 2016 paper published in Answers Research Journal, found that the secular models suggest there should be a minimum of 681 differences in mtDNA, whereas the Biblical young earth models suggest a maximum of 123. The observed diversity in mtDNA is a maximum of 123 ("On the Origin of Human Mitochondrial DNA Differences, New Generation Time Data Both Suggest a Unified Young-Earth Creation Model and Challenge the Evolutionary Out-of-Africa Model," https://answersingenesis.org/genetics/mitochondrial-dna/origin-human-mitochondrial-dna-differences-new-generation-time-data-both-suggest-unified-young-earth/).

Thanks to the completion of the Human Genome Project and recent developments in our knowledge and understanding of DNA, we are finding that true science upholds and supports the Biblical accounts of creation and a cataclysmic world-wide flood. In doing so, it also upholds and supports the Bible in general. And, if it does that, it makes it reasonable to accept what the Bible says about other things, such as the need for a Saviour, as well.