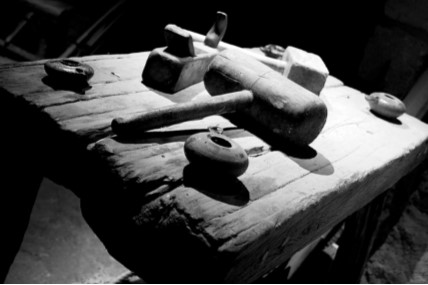 During a recent Bible study, a young lady asked, "Why doesn't the Bible tell us what Jesus did in His teens?" It was a very good question. A question that I expanded on during the Bible study to include His twenties as well.

There are many claims made about what Jesus did in His teens and twenties. Some say that Jesus traveled to India and Tibet, studying with various yogis and mystics. Others claim that He studied with the Essenes or that He visited Britain with Joseph of Arimathea. Still others claim that Jesus studied with mystics in Egypt or the Magi who had visited Him shortly after His birth.

Of course, none of these claims are found in the Scriptures. In fact, the Bible is largely silent about what Jesus was up to between the ages of 12 and 30. Apparently, knowing what Jesus did during His teens and twenties is not essential to our understanding of His mission and work. Consequently, what little we do know must be inferred from what the Bible does say, in light of the customs and culture of the day.

Our first clue comes from Luke chapter 22. In verses 39-52, we read that Mary and Joseph traveled to Jerusalem every year for the feast of the Passover. Jesus was 12 years old at this time and He got left behind as Mary and Joseph headed home. Returning to Jerusalem, Mary and Joseph searched frantically for Jesus, finally finding Him speaking with the doctors in the Temple. Mary rebuked Jesus for making her and Joseph worry to which Jesus responded, "How is it that ye sought me? wist ye not that I must be about my Father's business? (Luke 2:49)" Although Mary and Joseph did not understand what Jesus meant, they headed back home to Nazareth where Luke 2:51 says that Jesus, "…was subject unto them: but his mother kept all these sayings in her heart."

This passage tells us that Mary and Joseph lived in Nazareth with Jesus. They were a religiously observant family, traveling to Jerusalem every year for the feast of the Passover. Even at the young age of 12, Jesus was already impressing the religious doctors in the Temple with His knowledge and understanding of the Scriptures. We also find that Jesus was an obedient child willing to be subject to the authority of Mary and Joseph.

After the trip to Jerusalem recorded in Luke chapter 2, Jesus entered His teenage years, becoming a young man and continuing to be subject to Mary and Joseph. We can infer then that Jesus worked with Joseph, learning carpentry and attending religious schools in Nazareth. In fact, Luke 2:52 says that "…Jesus increased in wisdom and stature, and in favour with God and man."

The next clues are found in Luke chapter 4. In this chapter Jesus begins His earthly ministry and, in verse 16 we read, "And he came to Nazareth, where he had been brought up: and, as his custom was, he went into the synagogue on the sabbath day, and stood up for to read." From this we see that Jesus, all the way into His twenties, was in the habit of going to the local synagogue on the sabbath days and even standing up to read the Scriptures.

"And there was delivered unto him the book of the prophet Esaias. And when he had opened the book, he found the place where it was written, The Spirit of the Lord is upon me, because he hath anointed me to preach the gospel to the poor; he hath sent me to heal the brokenhearted, to preach deliverance to the captives, and recovering of sight to the blind, to set at liberty them that are bruised, To preach the acceptable year of the Lord. And he closed the book, and he gave it again to the minister, and sat down. And the eyes of all them that were in the synagogue were fastened on him. And he began to say unto them, This day is this scripture fulfilled in your ears."

Applying the prophetic passage from Isaiah 61:1-2 to Himself caused quite a stir in the synagogue. In fact, verse 22 goes on to say, "And all bare him witness, and wondered at the gracious words which proceeded out of his mouth. And they said, Is not this Joseph's son?" Apparently, while they were used to hearing Jesus read and, perhaps, comment on the Scriptures, they were shocked to hear Jesus apply a Messianic prophecy to Himself. In fact, the passage goes on to say in verses 28- 29 that they "were filled with wrath, And rose up, and thrust him out of the city, and led him unto the brow of the hill whereon their city was built, that they might cast him down headlong."

Consequently, from Luke chapter 4 we learn that Jesus was, at the age of 30, a recognized member of the community and a regular participant in the religious life of Nazareth. He was known as the son of Joseph the carpenter. No doubt, there were some in the synagogue that day who knew Mary and Joseph. They knew who their children were and where they lived. Some may have even employed Joseph, Jesus, and His brothers to help build a house or provide some other carpentry services. The point being, the account in Luke chapter 4 strongly implies that Jesus had been living and working in Nazareth in His teens and twenties, not traveling about the world seeking spiritual enlightenment.

Matthew 13:53-58 further supports the idea that Jesus had been living in Nazareth:

"And it came to pass, that when Jesus had finished these parables, he departed thence. And when he was come into his own country, he taught them in their synagogue, insomuch that they were astonished, and said, Whence hath this man this wisdom, and these mighty works? Is not this the carpenter's son? is not his mother called Mary? and his brethren, James, and Joses, and Simon, and Judas? And his sisters, are they not all with us? Whence then hath this man all these things? And they were offended in him. But Jesus said unto them, A prophet is not without honour, save in his own country, and in his own house. And he did not many mighty works there because of their unbelief."

Those in the synagogue were clearly familiar with Jesus and His family. They knew His mother, Mary. They knew that He was the son, so far as they were concerned, of Joseph the carpenter. They knew that He had four brothers, James, and Joses, and Simon, and Judas. They knew that Jesus had at least two sisters, although their names are not given. It also appears that they had watched Jesus grow up in Nazareth because they wondered, "Whence then hath this man all these things?" Presumably they would have been aware if Jesus had a proclivity for traveling the world visiting various mystics and holy men in far off places and might have suspected that He picked up some hidden, esoteric knowledge in His travels.

Mark echoes the same things in Mark 6:1-3 where he writes:

"And he went out from thence, and came into his own country; and his disciples follow him. And when the sabbath day was come, he began to teach in the synagogue: and many hearing him were astonished, saying, From whence hath this man these things? and what wisdom is this which is given unto him, that even such mighty works are wrought by his hands? Is not this the carpenter, the son of Mary, the brother of James, and Joses, and of Juda, and Simon? and are not his sisters here with us? And they were offended at him."

Again, Jesus is recognized as, "the son of Mary, the brother of James, and Joses, and of Juda, and Simon" and "his sisters." Again, it is noted that the people in the synagogue wondered, "From whence hath this man these things?" However, there is also another clue as to what Jesus was doing prior to beginning His earthly ministry in verse 3.

In Mark 6:3, the people asked, "Is not this the carpenter?" Contrast that with Matthew 13:55 where they asked, "Is not this the carpenter's son?" These contrasting questions do not make a contradiction in the Bible. In fact, they actually complement one another and provide a fuller record of what the people were asking as Matthew records one question and Mark records the other. But more importantly, the two questions together imply that Joseph had possibly died recently and that Jesus, as the eldest son in the family, had taken over the family business and likely was functioning as the head of the family. And that makes it all the more likely that Jesus was living and working right there in Nazareth up until laying down His carpentry tools and starting His ministry.

Regardless of when Joseph died, it seems clear that he was gone by the time Jesus began His ministry. If Joseph had been alive then, then he would likely have been mentioned at the wedding feast at Canna in Galilee where Jesus performed the first miracle of His ministry. In fact, according to John 2:1-2, "[T]he mother of Jesus was there: And both Jesus was called, and his disciples, to the marriage." Surely, Joseph would have attended the marriage with Mary if he were alive. And, if Jesus had been functioning as the head of the family after Joseph's death, that would explain why it is noted that Jesus was called to the wedding but the rest of His siblings are not mentioned.

Consequently, even though the Bible does not directly mention what Jesus did between the ages of 12-30, we can put together enough information to make an educated guess. Jesus lived the life of a normal Jewish boy growing up in Nazareth of Galilee. He was the eldest child, with at least four half-brothers and two half-sisters. He attended school and worshiped in the synagogue. He worked alongside His stepfather, Joseph, learning to be a carpenter, building and repairing houses and furnishings in and around Nazareth. Sometime, while Jesus was in His twenties, it seems that Joseph died. As the eldest son, Jesus became the head of the household and took over the carpentry business. Then, about the time that He turned 30, Jesus laid down His tools and set out to see His cousin, John the Baptist, to begin His earthly ministry.

The Bible could have gone into detail about the early life of Jesus, but for what purpose? After all, the focus of the Gospels is to present Jesus as the Messiah, the Christ, the Son of God, our Saviour. Therefore, the Gospel accounts of His life concentrate on the events of His ministry and how He fulfilled the Old Testament Messianic prophecies. Extraneous details dealing with His childhood and early days as a young man in Nazareth are not necessary to the story. Besides, not everything that Jesus did in His ministry is recorded in the Bible.

Enough is recorded, however, to substantiate His claims and give us reason to believe. Extraneous details would have only taken away from the message, lengthened the Bible, and given more material for people to write and speculate about:

"This is the disciple which testifieth of these things, and wrote these things: and we know that his testimony is true. And there are also many other things which Jesus did, the which, if they should be written every one, I suppose that even the world itself could not contain the books that should be written. Amen. (John 21:24-25)"

Quite simply, what we do find written about Jesus in the Bible is sufficient. Or, as John 20:30-31 puts it:

"And many other signs truly did Jesus in the presence of his disciples, which are not written in this book: But these are written, that ye might believe that Jesus is the Christ, the Son of God; and that believing ye might have life through his name. (John 20:30-31)"