To Close or Not to Close? 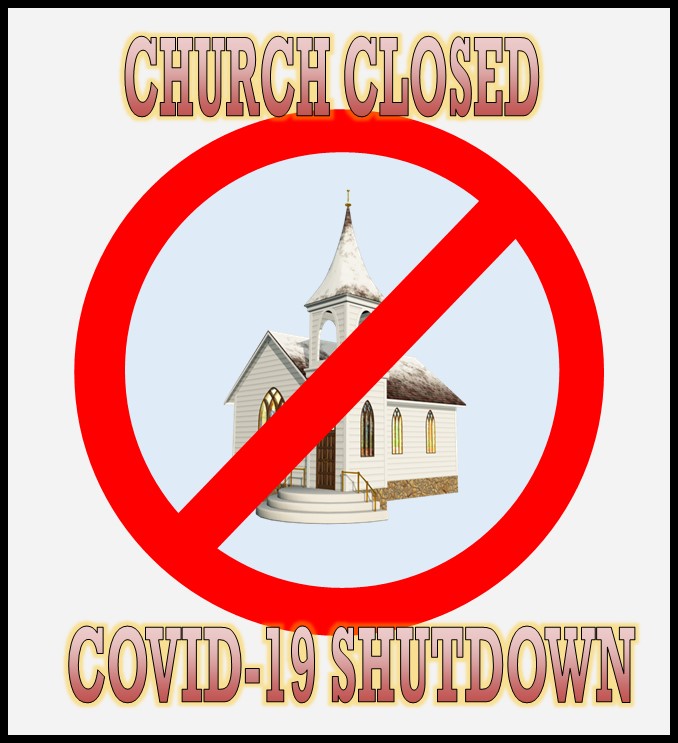 Just before Thanksgiving I ran into a local store for a few last-minute items. While there, I bumped into someone I had not seen in awhile and we talked for a few minutes. During the course of the conversation I learned that his pastor and several people in the church had had COVID-19 and that their church had been shut down for a couple of months earlier in the year.

"Was it because the pastor had the coronavirus?" I asked.

"Was it because of people in the church having it?

"No, they had it later. The church shut down because of the order."

"The order to shut down churches," he replied.

Well, as the pastor of the Richfield Bible Baptist Church, I was reasonably sure that our church had never received such an order, so I questioned him further. He, did not know the details but was under the impression that the State of Ohio had issued some kind of order for churches to shut down last March and that his church had complied with said order. He seemed perplexed, however, when I said that our church never closed because no order closing churches in Ohio was ever given, although Gov. DeWine had strongly encouraged churches to do so.

Actually, Gov. DeWine did more than merely encourage churches to close. He tried to shame and scare churches into closing. He attempted to marginalize, denigrate, and even vilify churches who chose to continue meeting. He strongly implied that pastors and church leaders who kept their churches open were putting people at risk. He repeatedly asserted that he did not know of any pastor or religious leader that would ever put their constituents in danger of illness, harm, or death.

In doing so, Gov. DeWine showed an astounding ignorance of church history. Either that or an incredible disregard for the millions of our spiritual forefathers who suffered greatly, even to the point of death.

From the first century forward church history is marked with danger and death for Christians. Pastors and church leaders often led their people to meet in barns, caves, catacombs, forests, and remote locations so that they could worship God secretly, knowing that to be caught meant to be beaten, thrown in prison, and even killed. The Roman arenas overflowed with Christians being torn apart by lions because they would not bow to Caesar and call him a god. Medieval dungeons were filled with Christians awaiting tortures and executions because they dared to worship outside of the official State Church. Russian gulags were the dumping grounds for Christians who refused to bow to the State and met in underground churches during the Twentieth Century. Christians in Muslim countries continue to meet knowing full well the penalties could include terrorist attacks, beatings, imprisonment, and death. Today, Chinese Christians continue to worship God, despite Communist Chinese Government demands that they bow down to the State or face imprisonment, reeducation camps, and death.

Apparently, Gov. DeWine is either ignorant of or does not care about the long history of Christian suffering and death for the cause of Christ. He is either blind of or dismissive to the sufferings of Christians down through history and in our present day when he says that he does not know of any pastor or religious leader that would ever put their constituents in danger of illness, harm, or death. (Maybe someone should send the Governor a copy of Foxes Book of Martyrs!)

Currently, we are under a "slowdown" with curfews in Ohio and the Governor is encouraging churches to limit attendance. There is still concern, however, that he might call for another shutdown. If he does, then I am sure that he will once again strongly encourage churches to shut down and many will. For those who do not, I am sure he will once again attempt to shame and scare them into shutting down.

Now, I don't want to be the pastor of a church that meets across the street from the ocean (like our church in American Samoa) who refuses to cancel services during a hurricane when a 20-30 foot storm surge is coming. Nor do I want to be the pastor who cancels church services without question just because he is told to. After all, there are many times and places, from the first century to the present, where going to church could cost you your life, whether by sword or disease, bullet or microbe, and yet God's people still chose to meet.

Suspending meetings for a time should be a prayerful decision of the pastor and members of churches, not the heavy-handed edict of power-hungry government officials. While defending the First Amendment is an important reason for defying government orders, the greater reason, for many pastors and churches, is obedience to God's Word:

"Let us hold fast the profession of our faith without wavering; (for he is faithful that promised;) And let us consider one another to provoke unto love and to good works: Not forsaking the assembling of ourselves together, as the manner of some is; but exhorting one another: and so much the more, as ye see the day approaching." (Hebrews 10:23-25)

This is why churches down through the ages have continued to meet despite governmental threats of fines, imprisonment, and martyrdom. This is why churches have met during dangerous times where disease, civil unrest, and religious strife threatened their very existence.

First Amendment or not, many of us agree with Peter and the other apostles who said in Acts 5:29,

We ought to obey God rather than men.

So then, what will we do if Gov. DeWine, or, as is more likely, the county health commissar, declares a shutdown and orders churches to close? Well, we will follow the First Amendment, the Ohio Constitution, and the Word of God and continue to meet and worship God as a Body of Believers. If there are compelling reasons to close down for a short time due to myself or others becoming sick, we will exercise common sense and do what needs to be done.

In the meanwhile, we will continue to do our best to lift up and glorify our Lord and Saviour Jesus Christ in all that we do. We will do our best to use common sense practices to keep people safe in the face of flu, coronavirus, and other illnesses, while keeping things in perspective. We will, of course, continue to encourage those who at risk due to age, health, or other risk factors to take precautions and not come to services if you feel at risk. We will also continue to ask that those who do not feel well, are running a fever, or have tested positive for coronavirus or live with someone who has tested positive not to attend services.

COVID-19, like the flu, does kill people but the mortality rate is less than 1% for most people. In fact, according to the CDC, only about 6% of all COVID-19 deaths are attributed to only the coronavirus. In the other 94% of deaths, coronavirus is a co-factor or a contributing factor. So, as we face both Christmas and a potential shutdown, let us keep things in perspective and not panic, take reasonable precautions, and remember what Paul wrote in 2 Timothy 1:7:

"For God hath not given us the spirit of fear; but of power, and of love, and of a sound mind."